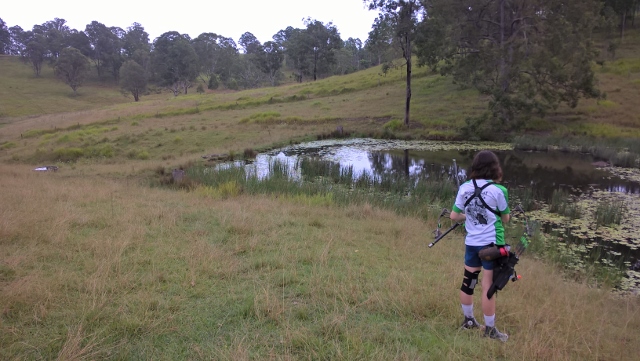 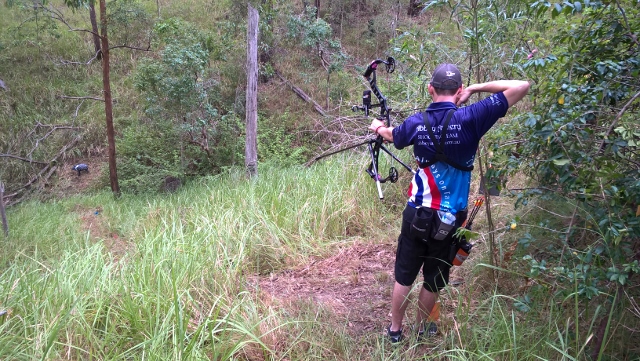 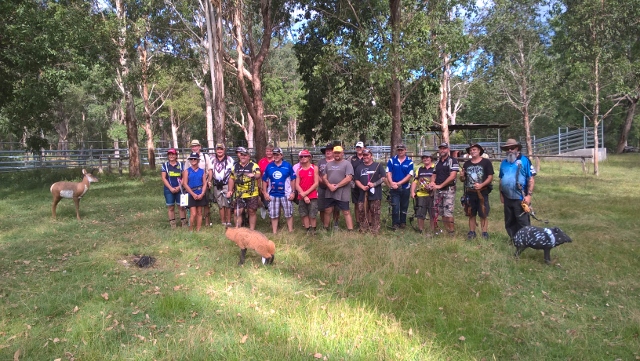 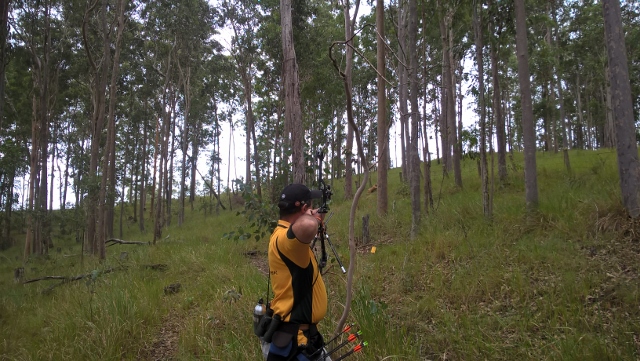 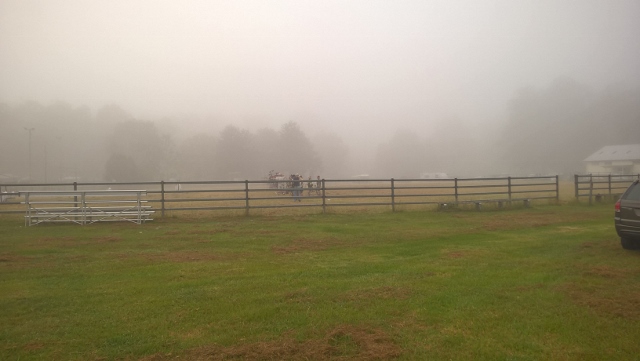 The first NSW shoot of 2016 was held in the quiet country town of Bonalbo, near the NSW-QLD border, hosted by the Northern Rivers Field Archers. It was a long drive for many NSW archers, but we still managed a respectable turnout for the first shoot of the year with 111 shooters.

This was the first sanctioned shoot held at Bonalbo, and with a mixture of hills and open fields, the area lent itself well to the event. The camping was at the Bonalbo showground, where the very first Australian cattle dog trials were held in 1950. The showground was an ideal site for camping with plenty of room for all our archers, a great canteen run by the locals, and ample space for the practice range in the corral, surrounded by fantastic views of the Bonalbo countryside.

The ranges were set out on the farmland surrounding the showground, where the land was lightly wooded with moderately steep terrain. This allowed the Northern Rivers range setters to set out their long open shots, with the addition of inclines making for exceptional ranges. This provided a good mixture of difficulty for all skill levels and archery disciplines.

Saturday began with a quite heavy fog, which deterred many from an early start to their day. The fog didn’t fully clear until mid-morning, at which point the temperature began to climb and the humidity set in. Although it was cooler in Bonalbo than in lower NSW, the NSW shooters didn’t appreciate the high humidity, particularly when making the trek up the steep hill where the majority of ranges began.

By the time the Top-Ten was held on Saturday the humidity had dropped making for a more comfortable climate. The Top-Ten was held in an unconventional style, where aided shooters were paired with unaided shooters in teams of two. The teams then shot against each other, with a total combined score for each team. The winning team was comprised of Geoff Mercer and Lachlan Donnelly.

On Sunday the humidity reached 100%; this was believed to be due to the rain, which continued on and off through the day. This made for some slippery tracks in steeper areas, but did not seem to detract from overall scores, nor did it dampen spirits. However, many did not appreciate the return to saturated camping gear afterwards.

There were some amazing results posted, including nine new records, ten perfect rounds, two double perfects, as well as a triple perfect and a perfect ‘500’ shot by young Matt Bradshaw in YMR13-14. It seems that the range setters lost this battle.

In conclusion, this shoot made for a fantastic start to the NSW shoot calendar and I’m sure many shooters would be happy to return to the town of Bonalbo for another sanctioned event. The next shoot on the NSW 3DAAA calendar is Lake Glenbawn being held on the 16th and 17th of April.