This annual award was introduced to recognize some of our outstanding young archers. 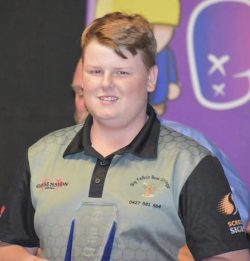 Not simply about performance, this award also encompasses a positive attitude towards 3D archery and, in particular, 3DAAA. While performing at your best is always something our Young Achiever strives for, they also understand that having fun and promoting the sport in the wider community are also important.

The award is decided by the Committee after reviewing nominations made by the young archer’s club or a member of the Association who feels the cub or youth should be recognised for their efforts with a special presentation.

This award is open to all cub and youth shooters and is presented with the other annual awards at the Association’s Annual Awards Ceremony following the Australian Titles in November of each year.