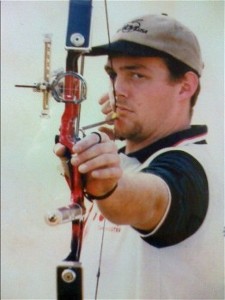 In 1999,  3DAAA was shocked with the passing of one of Australia’s most promising archers. Steven Reeks, only 22 years of age, was tragically stolen away from his family and the archery community in an accident, just as his shooting career was greater than ever and escalating to mastery.
Steven had been involved in archery since childhood, and represent

ed Australia in all disciplines of archery; 3D, field and target.  From the unsurpassed records he set and the championships he won, there was never any doubt that Steven’s destiny was to stand amongst the best on the world stage and do Australia proud.

Steven epitomised the pursuit of archery excellence and his achievements were superlative. Just winning was never good enough. He continually pushed himself to be the best he knew he could be. No matter how strong the desire was to win, Steven always played the game as fairly as he could.

As focussed as he was on getting to the top, he would always have time to help anyone who asked for it. His knowledge of all aspects of archery was phenomenal and he was always willing to give technical and practical guidance to his peers. This quality alone made Steven very popular and respected.

Steven’s sportsmanship was unquestionable and his personal traits are what endeared him and made him special to a lot of people.  It was these relationships that were the main reason and foundation behind why the committee members were adamant Steven’s memory was to be immortalised in the organisation’s future.
Steven would be commemorated and honoured in remembrance of his achievements and the admiration we all held him in by annually awarding the “Steve Reeks Medal” to an archer who achieved greatness throughout the year.
This award was deemed to be to ultimate accolade that could be awarded by 3DAAA and it was proposed  the medal be bestowed on recipients who demonstrated the commitment and dedication to archery that everyone remembers being so evident in Steven’s life. 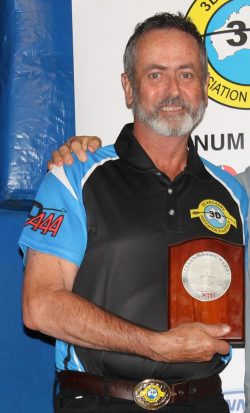 Recipients of the medal: