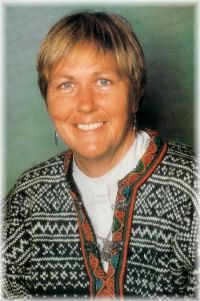 The Margaret Cowin Award is named after one of Australia’s great female bowhunters of the 1980’s & 90’s.
Margaret Cowin (1946–2000) became involved in archery in the late 1970’s. She was first and foremost a keen and successful bowhunter with a love for the outdoors and spending time in the bush. She also enjoyed field archery and in 1982 she was part of a group that formed the Coffs Harbour Bowhunters, which prospered for many years. Margie, as she was known to her friends, enjoyed the socialising and friendship that was associated with archery shoots, quite often more than shooting. She won numerous trophies during her time in archery and was especially proud of her achievement as female bowhunter of the year in 1984.

Margie married her long time love Jim Cowin in 1996 at “Jimargie”, their property in Emmaville, and a year later, in 1997 she was diagnosed with cancer. After a three year battle Margie passed away in 2000. Archery lost a great ambassador and we all lost a great mate. For those of us who knew and loved Margie it was a privilege to be a part of her life. She will continue to live on in our lives due to the inspiration of her husband Jim.

With the desire to keep his late wife’s name alive in archery Jim spoke with the 3DAAA Committee and organised to have a perpetual trophy for a female shooter in a bowhunter division created and dedicated to Margie. That trophy is known as the Margaret Cowin Award. 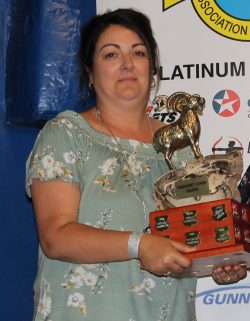 Recipients of the trophy: