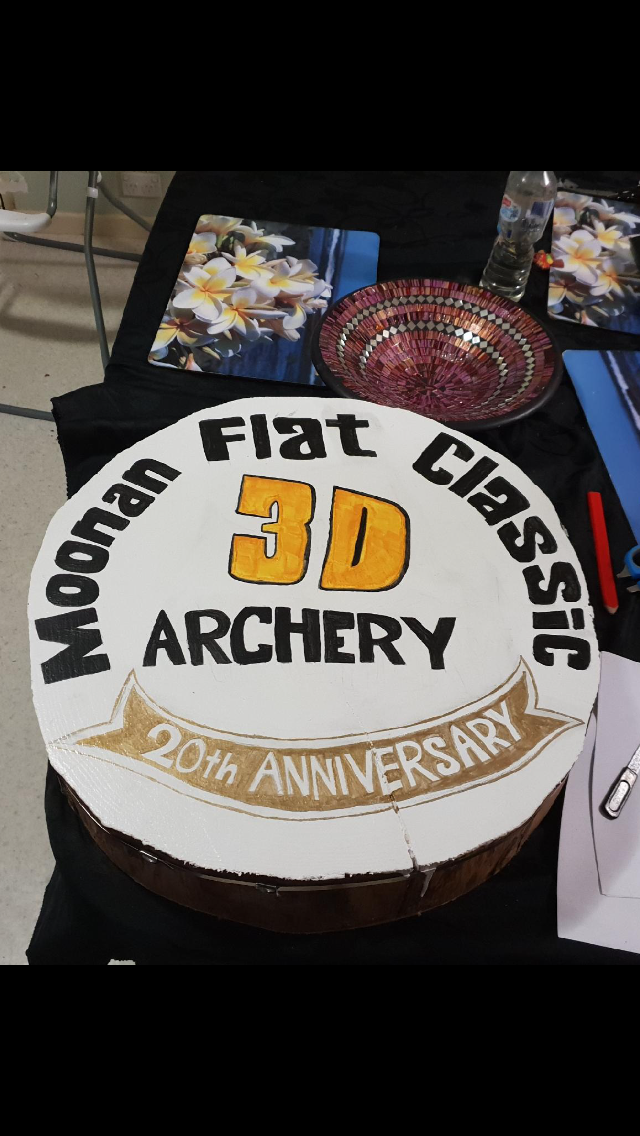 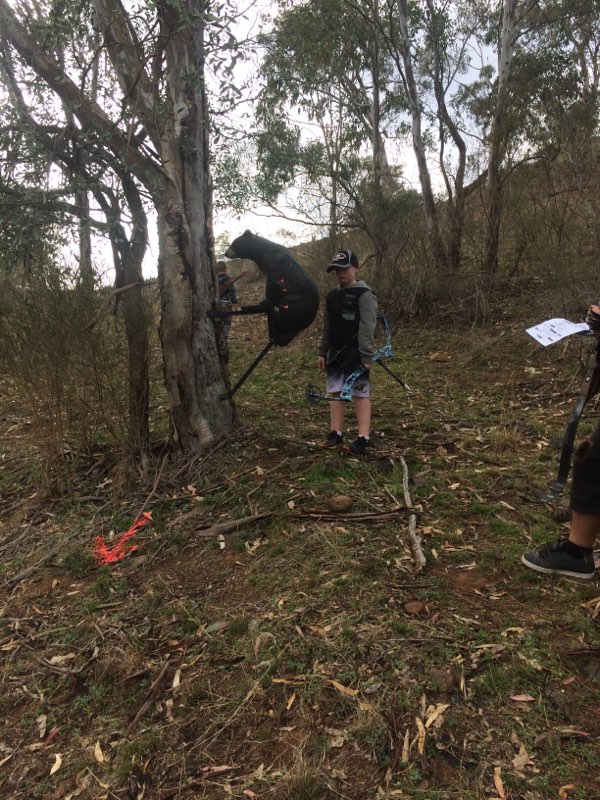 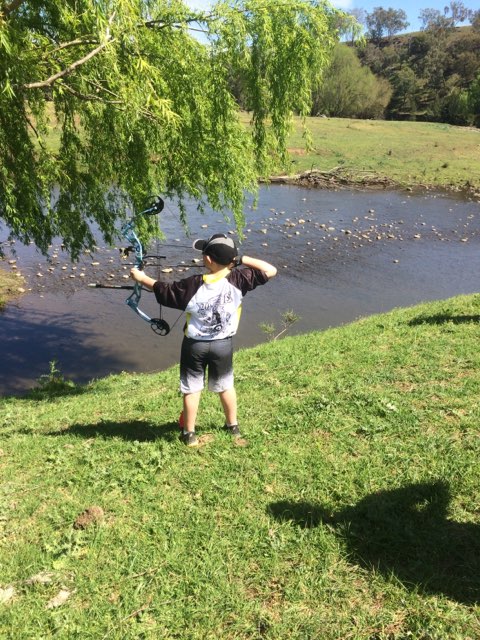 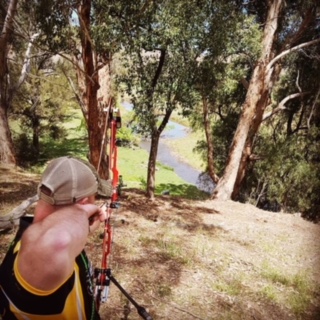 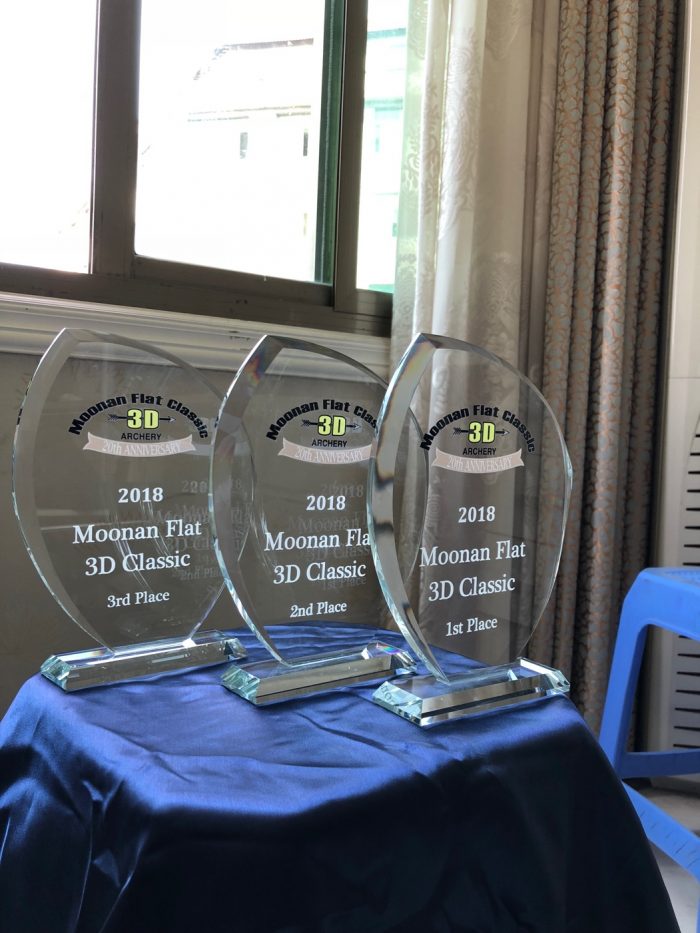 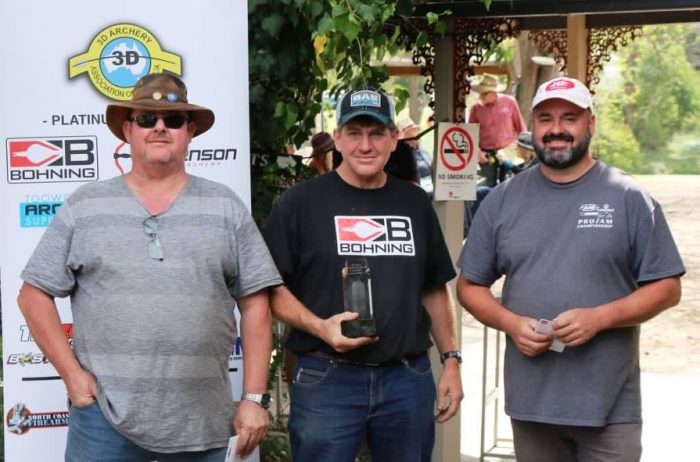 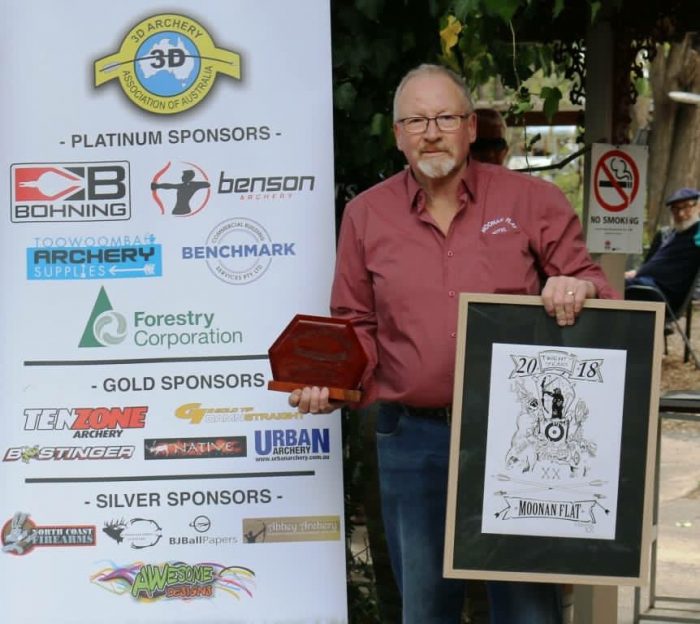 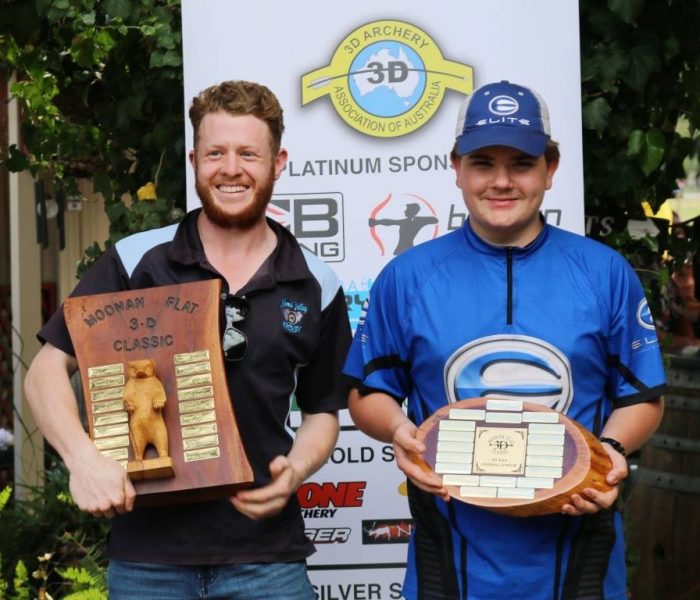 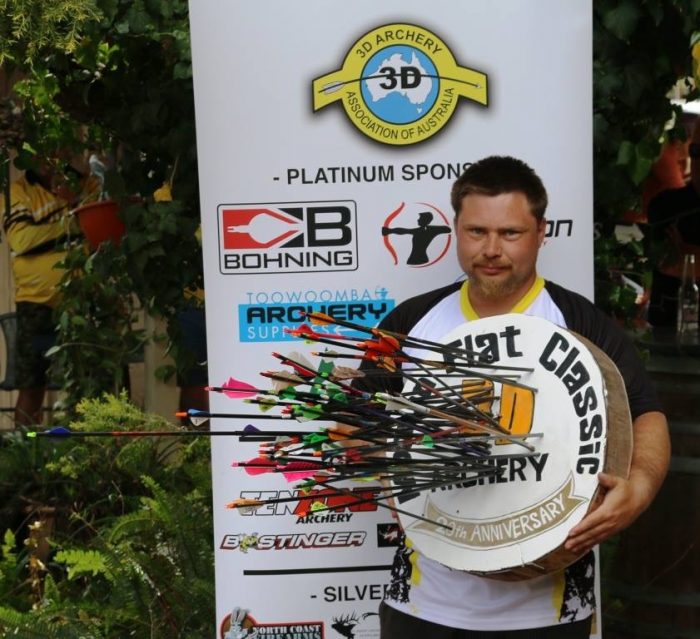 The 20th Anniversary of the Moonan Flat 3D Classic was held over the long weekend of the 29th and 30th of  September 2018, Proudly sponsored by the Victoria Hotel Moonan Flat and Klosters Hamilton.

108 shooters and their families turned up for the event bringing with them a slight drizzle of rain which the farmers were pleased with.

As Saturday morning dawned the drizzling rain continued as shooters started to head out to 5 testing ranges. Little did they know that Grant and the other range setters had a few surprises in store for them.

One such shot was the rising boar on D range which was shot down hill, through a tunnel cut through a peppercorn tree.

Another was the croc on A range shooting down hill off a ledge leaving nothing to pick distance off, this certainly made a few scratch their heads and there wasn’t many tens shot on this target , however there were quite a few misses.

Saturday afternoon saw Brad Wilkinson finishing the day with the highest score 289 which was quite a effort considering the ranges in place.Then it was time for the running of the Top Ten sponsored by Klosters,Congratulations went to Dustyn Oloman who eventuated the winner.

All top ten competitors had 1 arrow closest to the centre for $100 prize money up for grabs Thanx to Klosters, this was won by Joanne Bogie.

Then the customary dip in the freezing Moonan River was to come, just lucky there was a bit of water in the river or it could have been a bit rocky, and so entered Dustyn and Joanne. Dustyn stripping down to his jocks much to the amusement of the crowd, but Joanne was a bit more conservative leaving her clothes on.

A mentoring talk followed the Top Ten for those who wanted to listen to Greg Scott, Dustyn Oloman and Grant Elsley.

On Sunday as the sun started to rise over the mountains the archers started to head out. Josh Shone (MBR) managed to finish Sunday with a perfect round of 200 which was an amazing effort.

With a great weekend coming to a end there were still a surprise to come at Presentation with Cessnock Archers acknowledging the 3 archers who have shot all 20 Moonan Flat shoots, Jock Thompson , Simon Gallen and Mark Elliot.

Grant Elsley was surprised to be acknowledged for being the only Cessnock Archers member who has attended all 20 years, Grant didn’t always shoot this event but he was always hard at work behind the scenes running the event with setting ranges to score recording, our club cannot thank him enough for all the hard work he does behind the scenes.

A huge thank you to our amazing land owners without them the event would not happen, and with 20 years of support some beautiful hand made trophies were handed out to them, the Garland Family, the Collison Family, the Haynes family and the Rodeo committee, thanx to Daniel Ross.

Thank you to our Major sponsors, The Victoria Hotel Moonan Flat and Klosters Hamilton.

Thank you to the Upper hunter Shire Council for ensuring the camp grounds were clean and extra bins were out for our camper, and for the donation to help out our club for the shoot.

Thank you to our other sponsors;

To all the Archers and their families that attended thank you, without your support there would be no shoot.