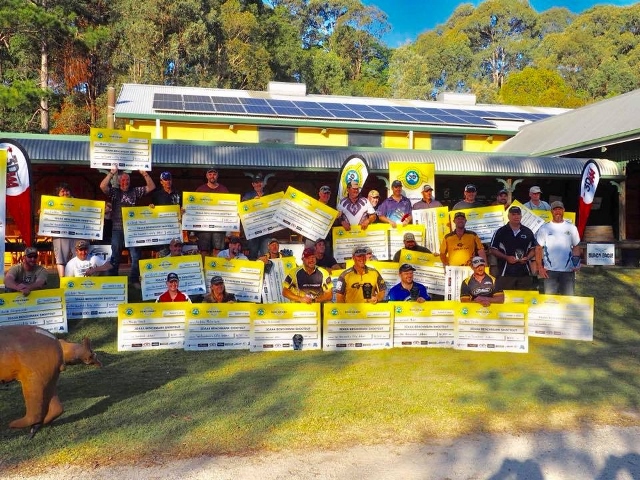 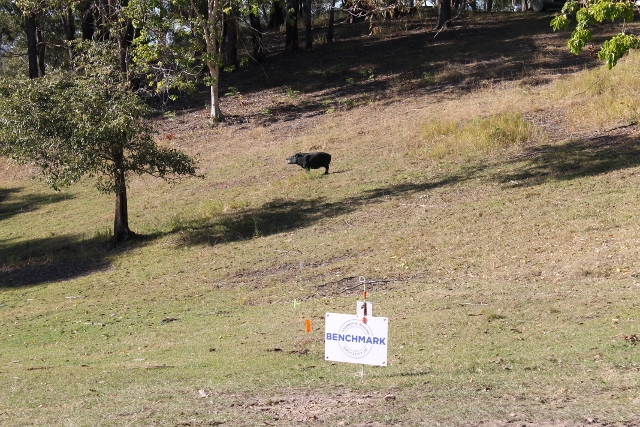 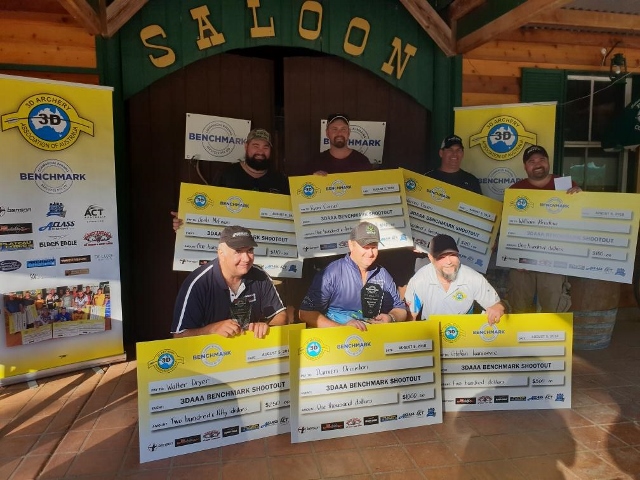 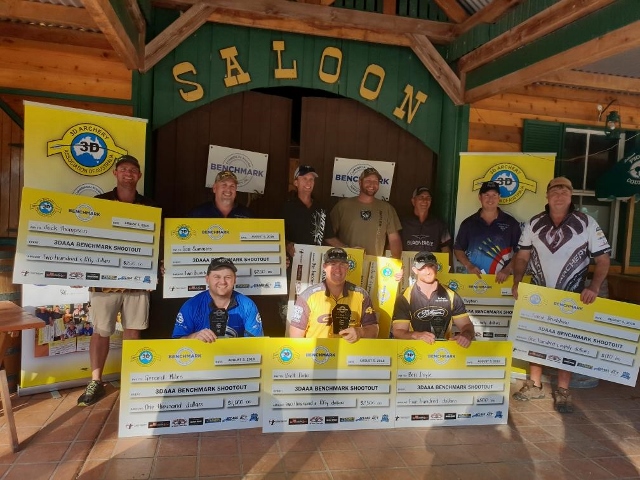 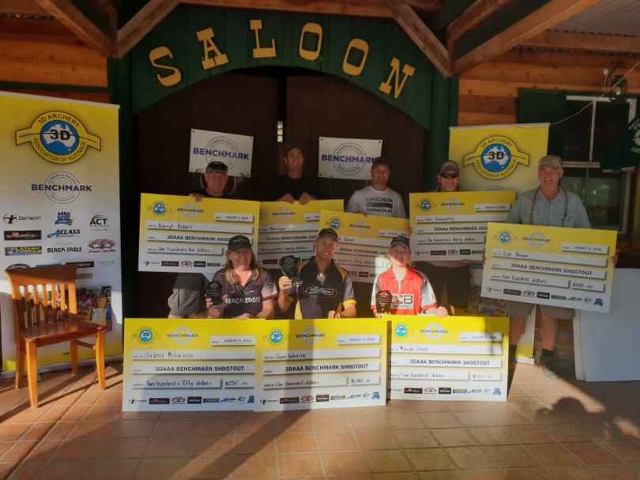 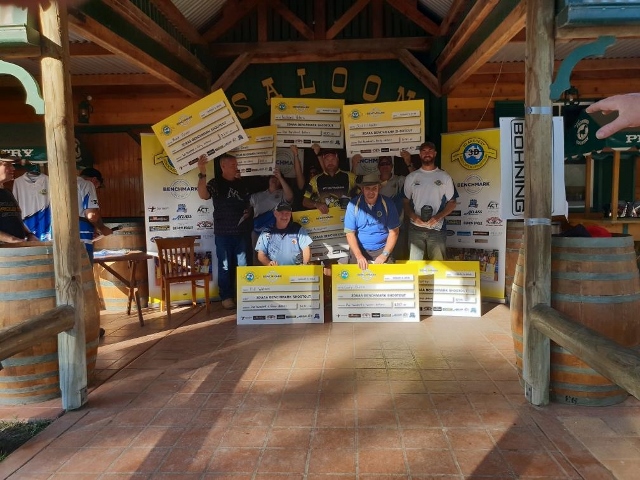 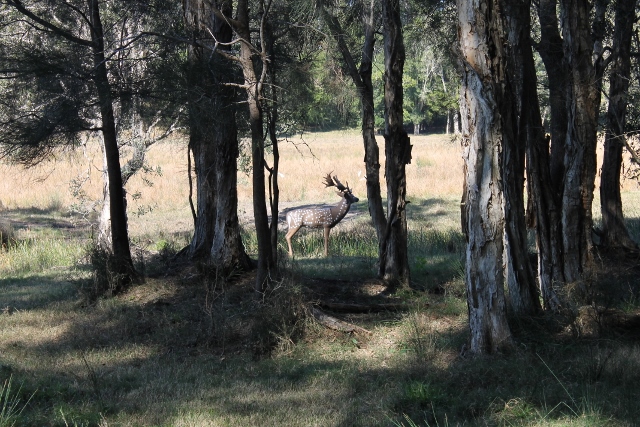 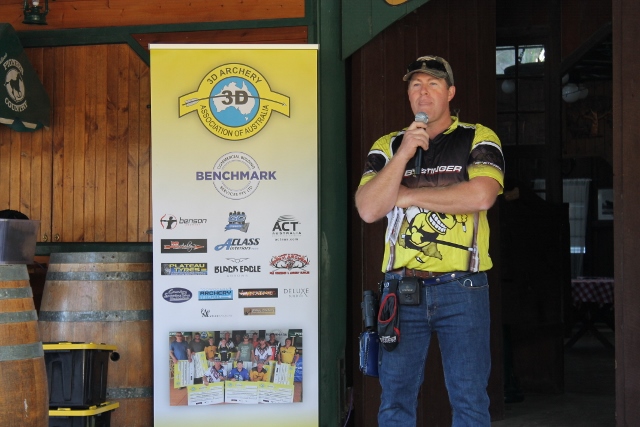 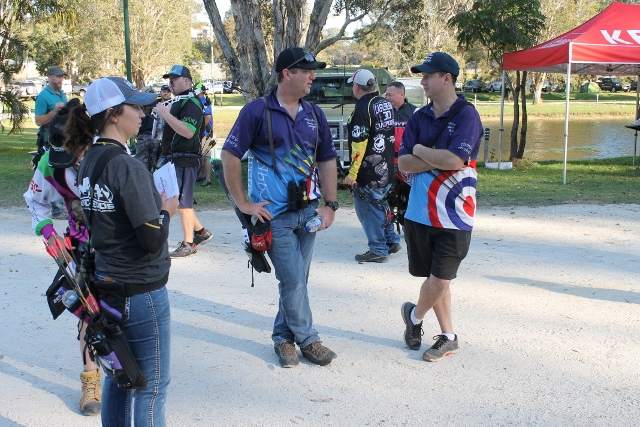 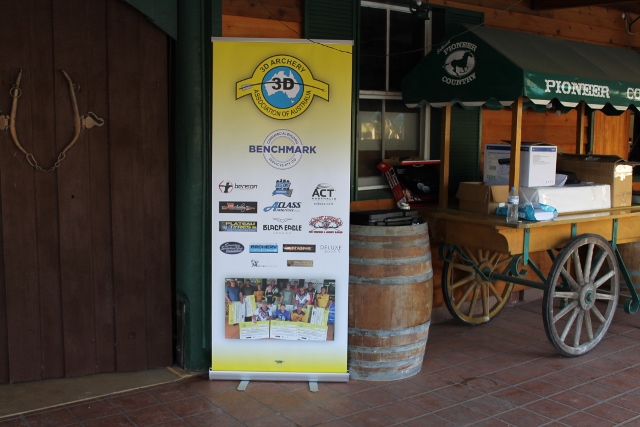 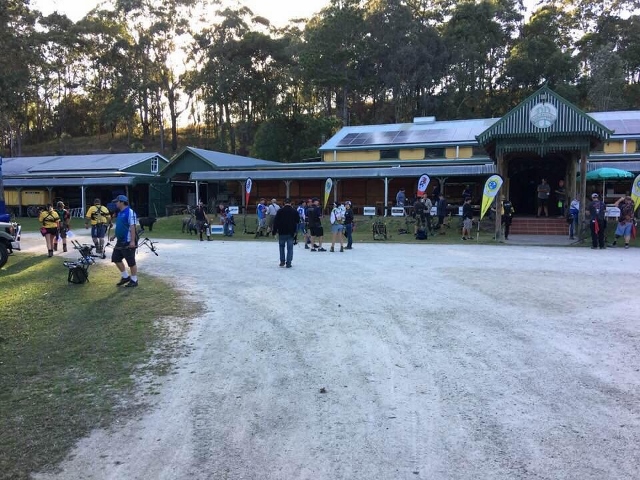 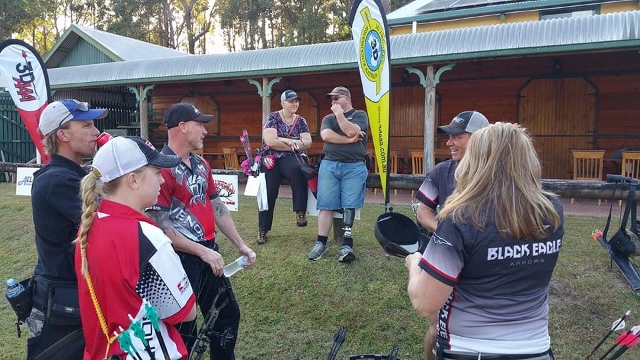 The 2018 Benchmark shoot started early for Grant Elsley, Jamie Bradshaw, Robbie Vayro, Brett Pirlo and Greg Scott setting the ranges and getting the venue sorted.
The meet and greet on Friday night with Pizza at the Saloon was a great event. But the debate still rages on about using Banana as a filling on a pizza.
Saturday started with a muster and shoot groups organised and sent out to the ranges. Some great scores were handed in at the end of the shooting Saturday.
The top 10 was slightly different with everyone shooting in a last man standing format. Starting with having to shoot a 10 to stay alive, then a 12 to stay in it. It came down too Ian Summers and Ryan Corner shooting at a 14 on a small Javelina. Ian shot and missed the 14 while Ryan held his nerve and smoked the 14 to take the win.
Dinner was held in the saloon with some great entertainment, I am sure everyone is still trying to decipher Brett Pirlo’s story though.
Sunday started with a muster and peer groups sent out to the range. Once all shooters had handed there score cards back in. The shoot off placings for the top 5 in each division was sorted.
Rhys Aizlewood, Steven Bartley, Mark Corner, William Watson and Scott Hayden fought out the barebow class, with Rhys coming out on top.
In the restricted class Damien Ormiston, Stefan Ivanisevic, William Dreyer, Brad Fountain and Ryan Corner  made the shoot off, with Damien holding on for the win.
Sam Wearne, Andrea McFarlane, Mikala Shevill, Don Tomasetig and Josh Shone fought it out in the unrestricted class, Sam held on for First but some impressive shooting from the youngest in that class Mikala who edged ahead of Andrea into second place on the last arrow.
Gerard Miles, Brett Pirlo, Ben Doyle, Jock Thompson and Ian Summers fought out in the open class. Some impressive shooting from Brett Pirlo saw him edge out Gerard to take out first place.
We all learned that just because we know the distance doesn’t necessarily mean we will shoot great scores, at least with unknown distances we can blame a bad shot on our range estimation. We hope you all enjoyed the ranges and the shoot format.
The committee would like too thank all the wonderful sponsors that made this event the success it was.
And lastly to those that competed in the event you all made our efforts worth while.