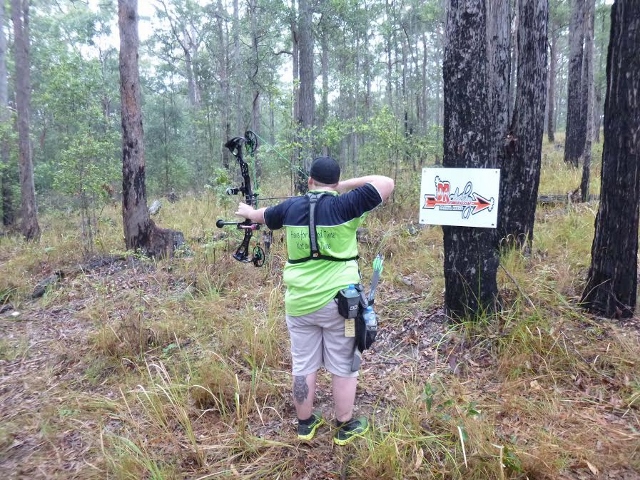 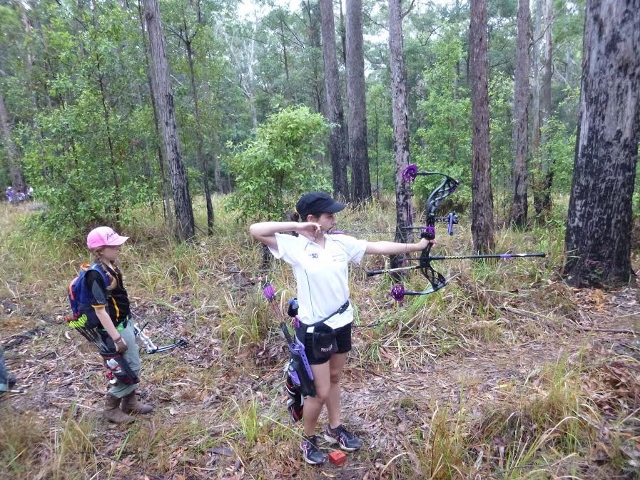 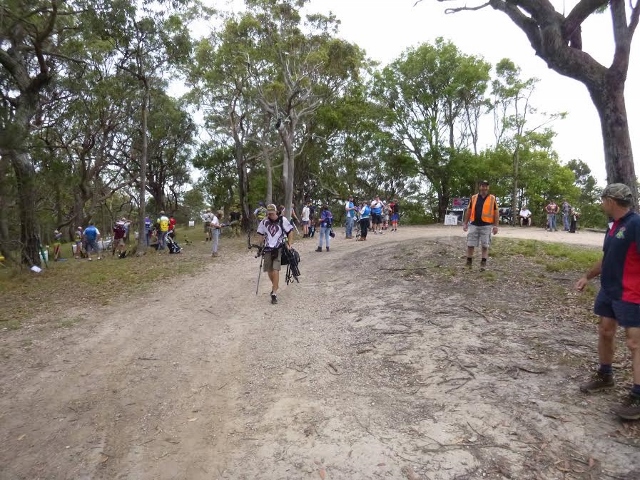 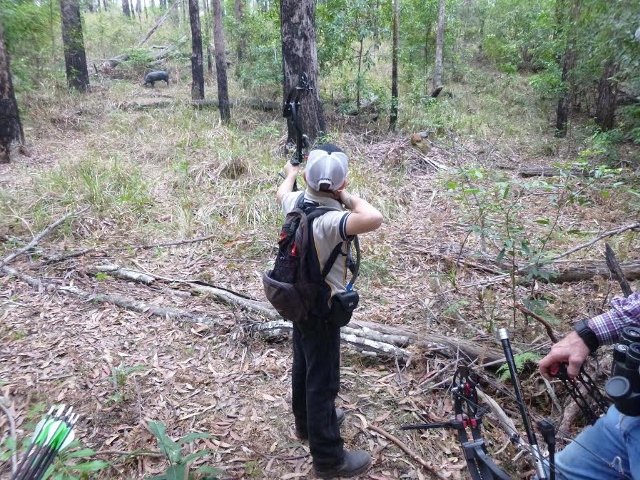 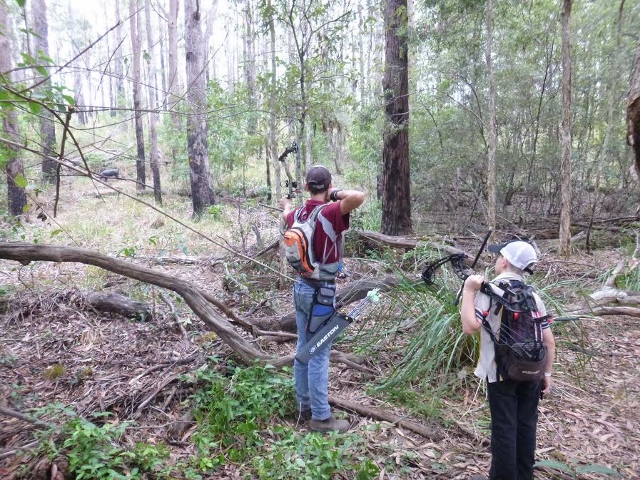 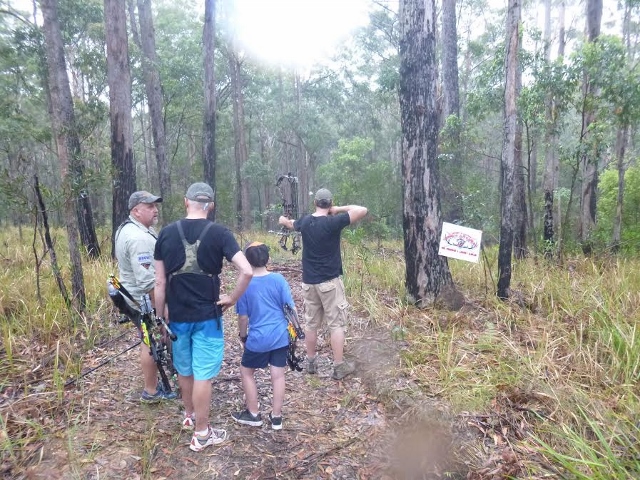 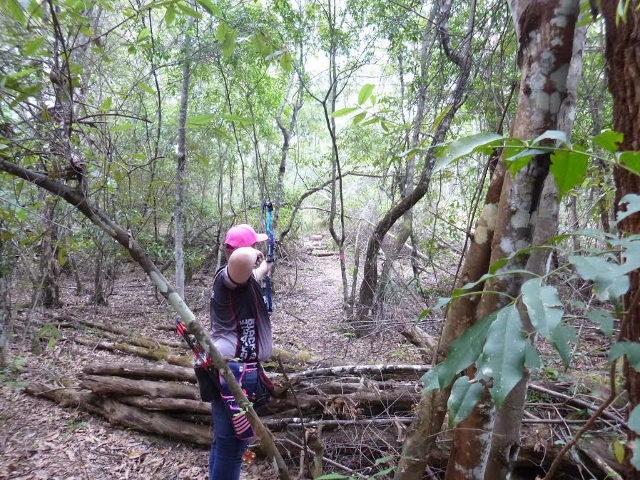 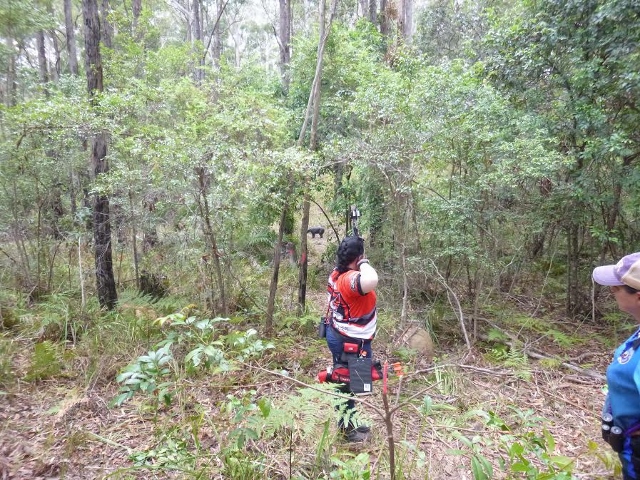 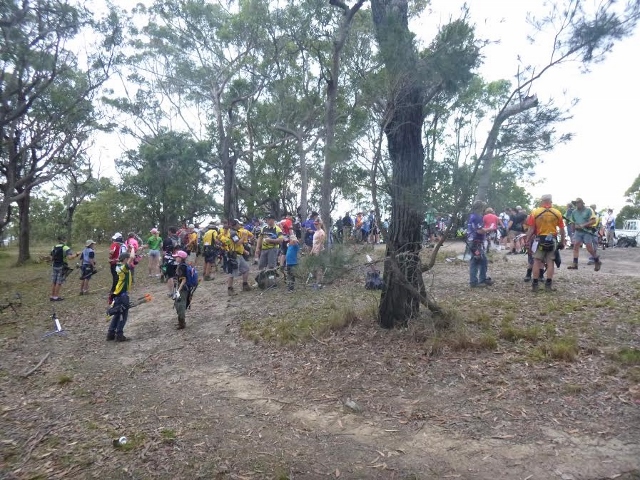 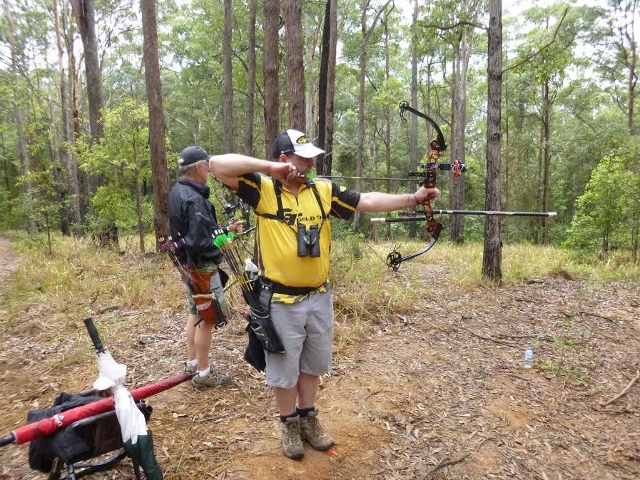 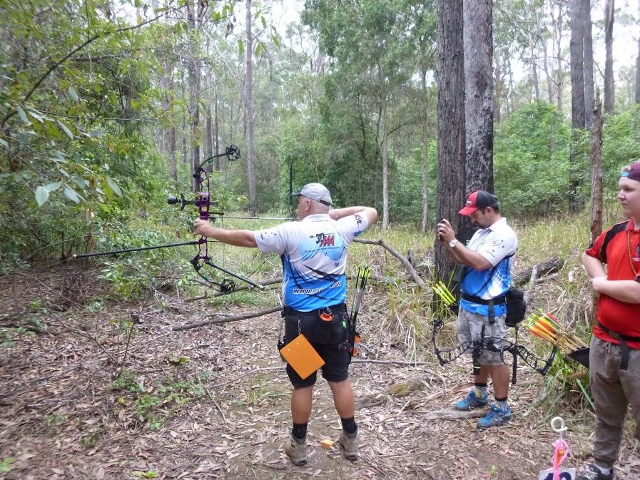 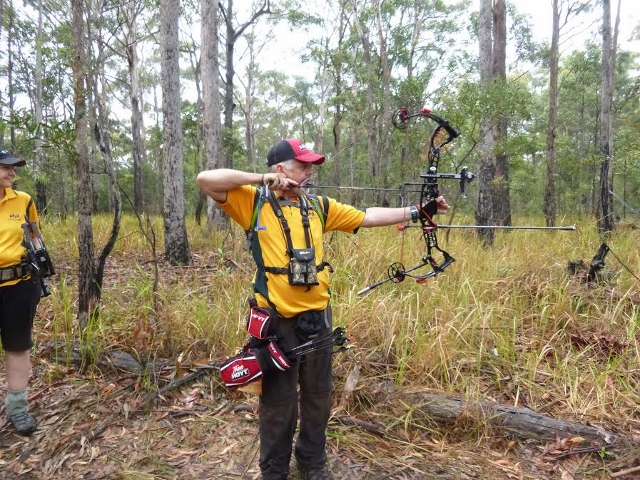 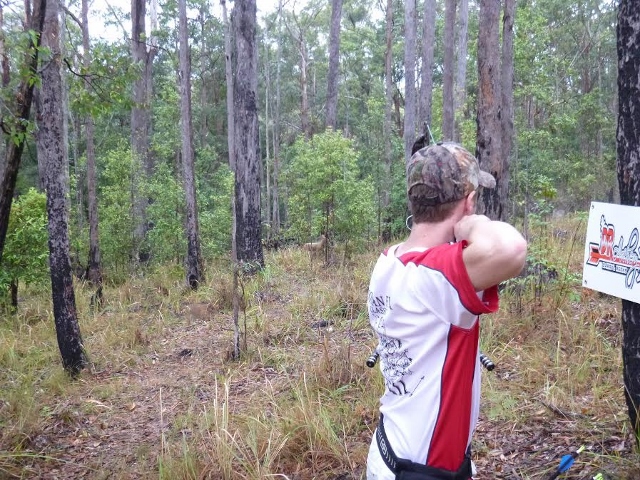 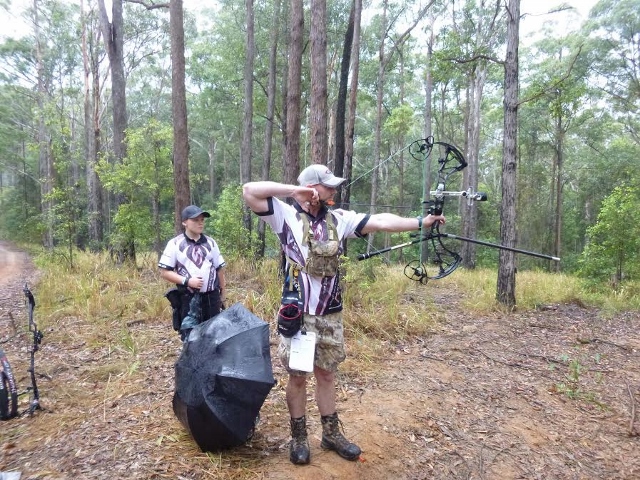 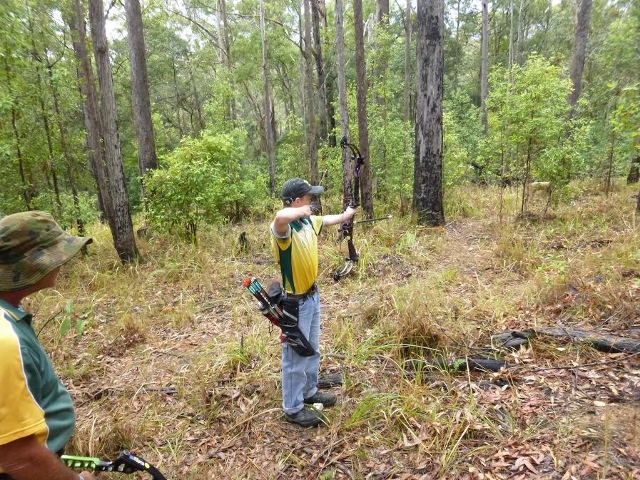 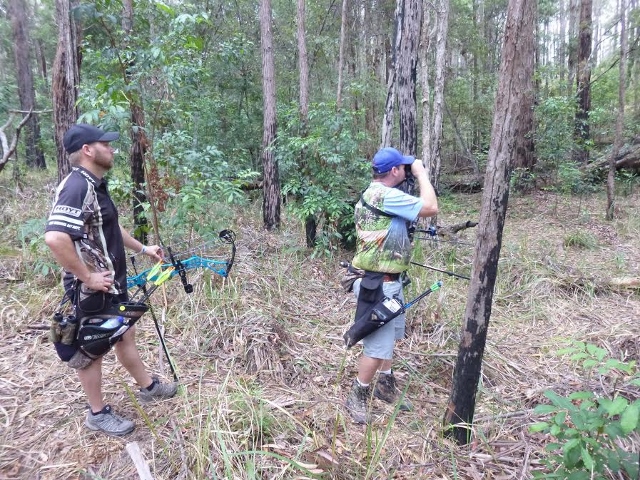 In 2016, the 3DAAA National Titles returned to Nambucca Heads for the first time in seven years. This drew an impressive number of archers, with over 250 competitors gearing up for the weekend.

The 3DAAA National Titles were held at the BIG4 Nambucca Beach Holiday Park. Registrations were held in the caravan park, while the ranges were located in the hills of the Nambucca State Forest, overlooking the park below. Many thanks to the BIG4 park manager for allowing all of our archers to pass through over the weekend.

The 3DAAA National Titles Meet and Greet was held at the Nambucca Bowls Club, where a plentiful buffet was on offer. A great number of archers turned up to collect pre-registration forms – thanks go to those of you who managed to pre-nom. The team was kept busy during the evening by overwhelming number of archers that still had to register, as well as merchandise sales, with some stock almost being sold-out. A big thank you to Grace and Emily taking care of the merchandise while the committee was still setting up.

Most archers started their weekend with a walk up what was described as “Heartbreak Hill” to get to the ranges. However, once up the hill they were treated to wonderful views and pleasant ocean breeze. Sadly, this breeze did not continue to the ranges.

The weather on Saturday started out promising, but this changed by the time most archers had started their first range. Dark clouds came overhead, then thunder began to roll in not long after it began to rain. At the first sight of lightning, range captains were prepared to stop the shoot. Thankfully, this didn’t occur, and the weekend proceeded as planned.

The thunder and rain only lasted for a brief period, but that is all that it required to take a toll on most archers. Foggy clarifiers and lens blotched with drops of rain seemed to be common issues, and the lighting on dark targets only added more of a challenge.

Once the rain and clouds had cleared, the humidity hit its maximum level, making for trying conditions. Most archers chose to start on either A or C range, leading to delays. Although it may have taken some longer than they would have liked, particularly given the inclement weather, all of the archers managed to finish out the day.

Sunday began in a similar way to Saturday, another trudge up the so-called Heartbreak Hill to the remaining ranges. Although the weather was quite pleasant down on the beach and in the caravan park, the same could not be said for the ranges. The humidity of the previous day remained, and the heat from the sun may even have made it worse. Despite these conditions, most archers appeared to perform better than the previous day. Probably due to their peep sights being clear and their strings dry.

Ranges D and E experienced lengthy delays, as most archers completed ranges A, B and C on Saturday. The weather conditions made this less pleasant than it might otherwise have been, with the heat and humidity taking their toll. The swimming pool at the BIG4 was certainly very populated after people eventually made it off range.

Later in the day, after some necessary shoot-outs, the Top-Ten was held on the beach side of the caravan park. Mike Parker won the Barebow Top-Ten and Glen Bailey won the Sighted Top-Ten. Congratulations to everyone else who managed to make it in, there were some fairly close scores.

A massive thank you to our range officials, Chris Wakely and Rob Donnelly, and to everyone else who helped set up the ranges for the Nationals. The ranges provided were exceptional, delivering an array of challenging and enjoyable shots for all.

The 3DAAA National Titles Presentation was held at the Nambucca Bowls Club, where again, a plentiful buffet was on offer. The Presentation was an eventful evening with plenty of raffle prizes to be won. The presentations also included three bow give-aways from Hoyt®,and Abbey Archery, one bow for a cub, junior and adult. This year 3DAAA gave away two 3D targets, the 1st going to the club that had the most representation at sancationed shoots which was Lake MacQuarie Field Archers the other prize was a lucky draw going to Ipswich Field Archers.

A moments silence was held for our fallen archers, Jack Lawrence, Cliff Orley and Jake Collins. Shortly afterwards, Jake’s mother, sisters, friends, and his partner, Nat, announced the new perpetual award created in Jake’s honour. This is to be presented at the 2017 3DAAA National Titles by Jake’s family and friends.

The major prize winners for the 2016 year were, Bridget Ryan as the Young Achiever, Jessica Lovering who was awarded the Marg Cowin Trophy and The Steven Reeks Medal going to Matt Bradshaw.

Many thanks should go out to all who made this year’s National Titles possible. Without your efforts, the National Titles could not be pulled together. A big thanks also to all of our sponsors, your generosity this year was exceptional and greatly appreciated. And to those committee members who are now leaving us, thank you for your service to 3DAAA.

From all of us at 3DAAA, we hope you had an enjoyable time at the Nationals and an enjoyable year. We hope to see you all next year on the 3DAAA circuit!